Happy Holidays from all of us at the Center for New Americans. We recently had an end of the year party with our students.  Please enjoy! 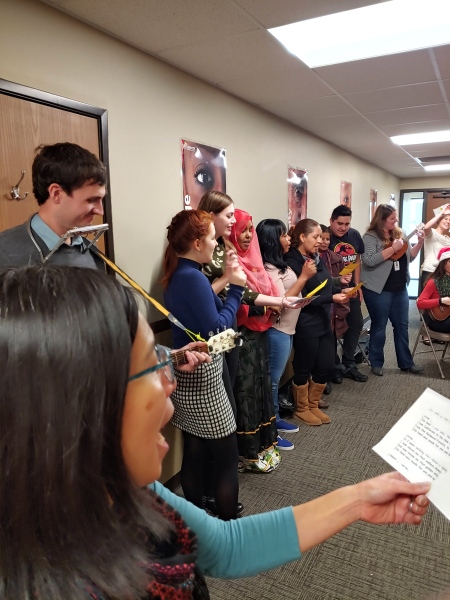 A Festive Rendition of This Land is Your Land sang by teachers and students. 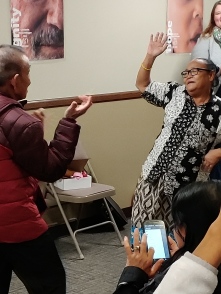 Our Ukrainian and Nepalese students dance together

Good Will to All!

As you read this blog, Muslims all across the globe are observing Ramadan. But what exactly is Ramadan? And what are they celebrating?

Ramadan takes place in the ninth month of the Islamic lunar calendar. Its start date differs by 11 days each year, based on the sighting of the first crescent of the new moon. In Sioux Falls, it started this year on May 16 and will end on June 14, marking exactly 30 days. It is a month of fasting to remember and celebrate the first revelation of the Koran to the prophet Muhammad.
Ramadan is one of the 5 pillars of Islam. For a Muslim, Ramadan is not a choice but an obligation. The fast lasts from sunrise to sunset, which could be from 10 to 15 hours or longer, depending on the time of year and geographical location. No food or drink can pass their lips during that time. Muslims not only fast with their stomach, but also with their eyes and with their tongue – don’t engage in any negative activities such as lying, gossiping or arguing and don’t inflict any physical or spiritual harm on anybody. This teaches you how to become more aware of your own range of emotions and how to handle them.
Not everyone is obligated to fast. Exemptions include the elderly and very ill, young children, pregnant women and nursing mothers and those who are traveling for more than 3 days. Those who are able to are required to make up the days they missed at a later date. Those who are unable to fast are encouraged to provide food to a homeless person for the duration of the fast. Starting at the age of 6 or 7 children start to practice fasting. First, they might skip a meal, then fast for half a day, gradually increasing the time of fasting until they are able to fast for the entire 30 days once they reach puberty.
Ramadan offers the opportunity to grow closer to God. Believers are strongly encouraged to diligently read the entire Koran. I was told that if you read at least 5 chapters every day, you can accomplish the task. It is a time for self-reflection and self-improvement. Fasting brings out compassion for the less fortunate, for those amongst us who deal with food insecurities on a daily basis. 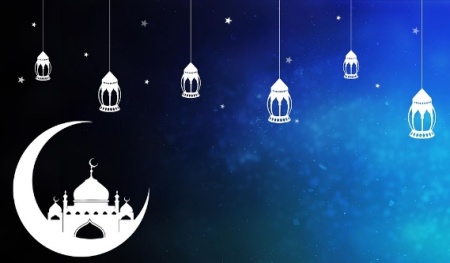 Muslims pray 5 times every day. During Ramadan, strict prayer times are observed and additional daily prayers are strongly encouraged. The Mosque is a central gathering place for community prayers and fellowship. Many Mosques stay open 24 hours to allow Muslims to spend extended periods of time in prayer and reflection. It is not uncommon for some to spend the night when they don’t have to work the next day.
Each day at sunset, at an exactly given time, Muslims ‘break the fast’ and gather for a meal. Ramadan is also a very social time and often the people around the table include friends and neighbors. The end of Ramadan is celebrated with a major Muslim holiday, Eid Al-Fitr. Special prayers and sermons are held at the Mosque and the day ends with a huge feast, oftentimes in a park where the entire community can celebrate together. 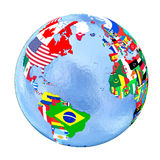 How many holidays are there in September? Well, that’s pretty easy. One of course – Labor Day. And that’s correct, but it also doesn’t end there. Just about every month has one or two major holidays and then many less known celebratory days, often too numerous to mention. And September is no exception. Let’s take a look.

September is the start of National Hispanic Heritage Month, going from September 15 to October 15. Hispanic Heritage Month dates back to 1968 and highlights the independence of several Latin American countries – Costa Rica, El Salvador, Guatemala, Honduras, Nicaragua, Mexico, Chile and Belize – as well as the contributions Spanish speaking individuals have made to the fabric of the United States.

Then there is Labor Day, also known as the unofficial end of summer. It became a federal holiday in 1984, honoring the American workers who – through strength, sweat and perseverance – have shaped this country into what it is today.

And then there is the plethora of other celebrations. A little something for everyone. The internet tells me that there are more than 650 holidays worldwide in September. Several religious holidays are spread throughout the month: the Muslim Eid-al-Adha, remembering that Abraham was willing to sacrifice his son Ishmail to God, the Jewish New Year, Rosh Hashanah and Yom Kippur, a day of repentance. The government is also well represented, with Citizenship and Constitution Days, Goldstar Mother’s Day and the Air Force’s birthday.

Acorn squash, cheese lovers pizza, salami, TV dinners and Chocolate Milk Shakes are among the many foods highlighted during the month of September. All these meals require a National Clean Up Day. Don’t forget your pets, video games and clean beds.

My personal favorite is definitely National Coffee Day, observed on September 29. There might be some free cups of coffee to be found on that day. I will certainly give it a try.

Christmas is a most wonderful time of the year: Family, friends, lights, music, traditions of faith, and presents. It’s a time to show gratitude for the gifts that have been given.  At work it’s a time to decorate, extra treats in the break room and the annual holiday party.  With the joy of the season comes extra projects, changes in work and family schedules, more financial responsibilities and return of long lost friends and family members. END_OF_DOCUMENT_TOKEN_TO_BE_REPLACED

For most of us, the holiday season brings back memories of our childhood and leads to excitement for time with family and friends.  Along with this excitement, the holiday season can also bring increased stress and worry.  As we move into the holiday season, it is good time to take stock and plan for the coming weeks.  Here are a few things to consider.   END_OF_DOCUMENT_TOKEN_TO_BE_REPLACED

It is hard to believe the that 2013 Holiday Season will officially start with Thanksgiving next week. It seems like we were just posting about back to school!

LSS has compiled a guide for our readers on surviving the holidays. There are gift suggestions, budgeting tips, and ways to give back included in this free download. We hope this will help you make this time of year merry and bright!